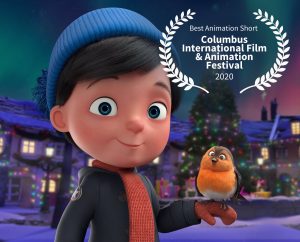 In the film, distributed by Universal Studios, Robert plays the part of ‘Frank the Robin’, who, with the assistance of Henry, helps his neighbour discover the magic of Christmas.

‘The Christmas Letter’ is currently available to stream on Sky/Now TV in Ireland and the UK, and Amazon Prime.

The full list of winners can be found here